Windows Vista Out the Window? 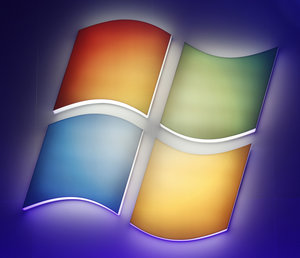 We are now one year out from when Windows Vista will be considered obsolete, with extended support ending on April 11, 2017.  It’s been two years since Microsoft retired Windows XP in April of 2014, and those still using Vista will soon be in the same sinking boat.   Vista, which was originally released on January 30, 2007, was never one of Microsoft’s or users’ favorite systems, so it was quickly replaced by Windows 7 in October of 2009.

Extended support means that computers receive Windows updates, security updates, and hotfixes, but no that no new features are added.  Once that support ends, there are no further updates or fixes, leaving computers that run Vista at greater risk for contracting viruses or experiencing other software issues, not to mention the fact that the hardware in these machines could be as much as a decade old, and therefore likely to fail.

Due to these problems, users are generally not advised to invest much in repairing obsolete machines once support ends.  Repair costs could exceed the value of the computer and become a money pit as problems reoccur or other hardware fails.

In addition to receiving no support from Microsoft, other hardware and software companies cease troubleshooting and fixes for their products on obsolete machines.  Microsoft has already stopped updates for their browser, Internet Explorer, which is only able to run up to version 9 on Vista, while version 11 is the latest.  Google has also discontinued support for its Chrome browser on Vista, which leaves Mozilla Firefox as the only reliable browser.

With a year to obsolescence, what should the Windows Vista user do?

1)    As long as your computer is working to suit your needs, keep using it.
2)    Make sure you have maintained updates for Vista.  You should be at Vista service pack 2.  If you are not, learn how to download it here.
3)    Maintain your antivirus program, checking that it is still compatible with Vista and runs scans.
4)    Install Mozilla Firefox as a browser if you are having trouble viewing pages on Internet Explorer or Google Chrome, but recognize some modern websites may have trouble loading on an older computer regardless of which browser you use.
5)    Prepare yourself mentally and financially for the likelihood that you’ll need a new computer in the next year.  While you will technically be able to use the Vista computer beyond the end-of-support date, this is not advisable due to its lack of security updates.

See our previous post, “How long will my Microsoft Windows operating system be supported?” for a chart of support end dates.

"We were searching for a computer tech. We thought we'd try two techs and pick one to stick with. PC Ninja is everything we were looking for: very knowledgeable, quick response, quality work, dependable and at a very affordable price. There is no need to look any further."