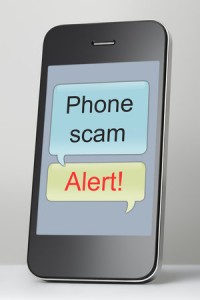 We’ve written about phone scams in a previous blog, but we wanted to alert you of a call making its rounds now. The other day at the office we received an automated phone call that said, “Your Windows license is about to expire.” Ironic, isn’t it, that a computer services shop is receiving external notices about technical issues? Which of our many computers with Windows licenses were they referring to? None, of course. There were so many signs that this wasn’t a legitimate call. Let’s take a look at the obvious problems with the Windows expiry phone scam.

As for a Windows license expiring, that’s not something that happens. The Windows operating system on your computer is not a subscription that expires. Whether you’re running Windows XP, Vista, 7, 8.1, or 10, your software license does not expire. It comes with the computer (or is separately purchased) and is something that you own and can use as long as it’s not flagged as invalid due to use on multiple computers. Though Microsoft retired Windows XP and they’ll drop Windows Vista from extended support in April, your Windows license remains valid even if it’s inadvisable to use an out-of-support operating system.

At one point in the automated call, the voice said to pull up the command prompt and type something in. The command line would supposedly show you how many people had access to your computer and how infected the network was. Apparently, the computer they were calling us about was 72.6% infected. How do you calculate that? Obviously, this is all made up. Whatever appears in the command line are normal computer processes. The scammers try to scare the average user into believing these ridiculous claims by showing them screens they doesn’t understand. Don’t allow yourself to be intimidated.

In conclusion, any time someone calls you, live or automated, with a message that your computer is infected, hacked, about to expire, or otherwise compromised, just hang up. Don’t follow any of their instructions to type into a command prompt, go to a website, or call a number. Never allow someone you don’t know or trust to remotely control your computer. Let’s allow this Windows expiry phone scam to expire and keep our computers secure.