Should I Get Windows 10? 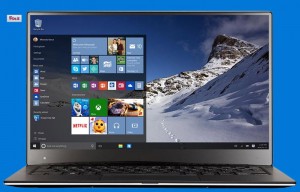 Should I or should I not get Windows 10? That is the question.

You may be aware that Microsoft has announced that on July 29, 2015, they will be launching the newest Windows operating system, Windows 10. Apparently, it is different enough from Windows 8.1 that they completely skipped a version 9 and are calling it Windows 10.

If you have a Windows 7 or Windows 8.1 computer, you may have noticed that a few months ago a new icon appeared on the taskbar near your date and time that looks like a mini Windows 8 logo (the four white rectangles in perspective). When you click on this icon, a screen appears called, “Get Windows 10,” and allows you to “reserve your free upgrade” of the new system. After July 29, Microsoft will make the download available through regular Windows updates for Windows 7 and Windows 8.1 Update users. It should be available to download for free for one year from this release date. After that date, Windows 10 can be purchased at retail price.

So, the question remains, should I get Windows 10? We suggest that rather than reserving your upgrade immediately, you wait several months. Each time a new system or software is released, there will inevitably be bugs to work out. Rather than jump right into a buggy software, you’ll find a smoother transition if you wait for the bug fixes to create a more stable system. That wait period will also allow technicians and computer service providers to get to know all the ins and outs of Windows 10 so that they can better address any questions or issues you may have when upgrading. Know that when you do upgrade, the 3GB download will probably take quite a few hours, depending on your Internet speed.

What will Windows 10 look like? Here are a few highlights:

Overall, it doesn’t seem that Windows 10 is radically different from Windows 8.1, with apps still dominating the functionality, but it is an improvement in functionality, particularly for desktop users. A few features are missing (the charms bar), several have been added (Cortana, Edge instead of Explorer browser), and most have been slightly modified (up to 4 rather than 2 snap apps, and apps appearing in windows rather than instant full-screen mode).

Microsoft has jumped on the bandwagon with Apple and Google in regards to graphics, which have a flatter, crisper appearance with less shading and sense of three dimensionality. There is also the push to have a standardized platform on all devices, so whether you’re using a Windows-based PC, tablet, 2-in-1 device, or phone, the system and apps will work seamlessly. Allowing a little time to pass before upgrading and doing a little research in the meantime should allow Windows 7 and 8 users a fairly seamless transition to Windows 10. 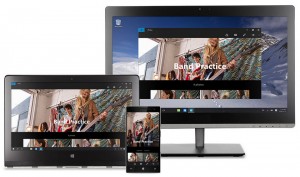 Other reviews on Windows 10:
PC World, Who should upgrade, who could wait
PC World, detailed review
Computer World, 9 reasons not to upgrade yet
CNET, Windows 10 may be everything Windows 8 should have been