My Computer is Slow to Boot- Why? 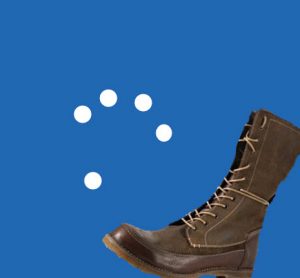 Does it take a long time for your computer to turn on and load Windows? Do you hit the power button, walk away to get a cup of coffee and by the time you come back, it’s only just bringing icons up on the desktop? There are several possible reasons that your computer is slow to boot.

The most common reason you’ll sometimes experience slowness at boot-up is that Windows updates are running in the background. If the little spinning circle or ring of dots appears when you turn on the computer, it is probably installing updates. If these updates take a while, the screen may often go black, but it’s still performing the updates. It will boot when updates are complete. Let them finish. If your computer is slow to boot because of updates, that is normal. 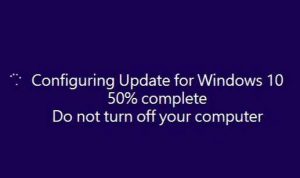 DO NOT turn off the computer off while it’s in the middle of updates. You risk leaving updates unfinished, which could cause your computer to fail to boot, corrupt a user profile, or boot in a limbo state. If that occurs and the system doesn’t correct itself after restarting a few times, take the computer to a local technician. They may need to repair corrupt system files or reinstall the entire operating system. 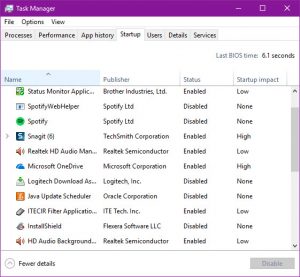 While Windows is booting, so are lots of other background processes and programs. Some of those are for essential functions, like audio, printing, and antivirus. Several may be extra programs that you have added and like to have running as soon as you log in. Others may have automatically set themselves to run at start up, whether you need them or not.

Check in Task Manager under “Startup” to see which programs open automatically. You might be able to disable extras, such as a music player or messaging app. But be careful not to disable anything necessary! If you’re not sure, let it stay active.

As technology improves, components often get smaller in physical size, but larger in storage size or faster in processing speed. A low-end computer (new or old), cannot reach the speed of newer or higher-end devices. Most average users don’t need a souped-up computer to accomplish basic tasks like storing pictures, typing documents, checking email, and surfing the web.

What’s the best upgrade you can make to your computer to improve speed, especially at startup? Replace a regular hard disc drive (HDD) for a solid state drive (SSD). You can read more about the differences between HDDs and SSDs in this blog. However, if all of the components are older or lower-end, it may not be cost effective to upgrade the computer. Operating speed will still effected by the type of processor and amount of RAM in the machine. 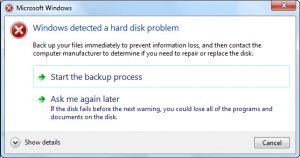 It is possible that extreme slowness, not only to boot, but also in using the computer in general to open and operate programs, could indicate a hardware problem. When a hard drive is going bad, it can take longer to access sections of the drive that contain operating system or program files.

If your hard drive is failing, you will want to make sure you have a recent backup of data, and then get the hard drive replaced as soon as possible. Particularly if you receive error messages about a failing hard drive or experience random bluescreening, address the problem right away. Continuing to access the hard drive, even just by turning the computer on and especially trying to access files, will cause it to fail sooner and risk losing data. A local technician can replace your hard drive and try to transfer any readable data to the new hard drive (or SSD).

PC Ninja performs tune-ups, hard drive replacements, data transfers and backups, and computer upgrades. If your computer is slow to boot or experiencing continued sluggishness, let PC Ninja get the computer back up to speed!