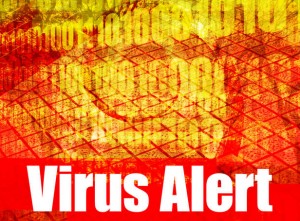 This is a reminder that there is less than a month to check your computer systems for the dreaded DNS Server virus (also known as the DNS Changer Virus). If you do not remove the virus by July 9, 2012 you may risk losing your Internet connectivity.

The DNS Server virus is one that redirects web users to rogue servers controlled by criminals. In November last year, the FBI arrested six of the seven individuals in Estonia responsible for this virus and has replaced their malicious servers with FBI controlled servers. This is to make sure that everyone had enough time to wipe their computer clean of the DNS Server virus; without risking being disconnected from Internet. They had originally said that March 8, 2012 was the day the temporary FBI controlled servers were to be shutdown. That date has since been extended to July 9, 2012.

The DNS changer malware replaced the Domain Name System settings for the computers and routers it infected with addresses of malicious servers. When users tried to access certain websites, the rogue DNS servers redirected the Web traffic through other servers controlled by the criminals. Those criminals pocketed millions of dollars in affiliate and referral fees by diverting users through those sites, according to the FBI. Users who found themselves landing on strange sites unexpectedly, or had home computers that had difficulty connecting to their work VPNs were likely to be infected.   — PCMag.com

As of date, there are still an estimated half a million computers that are still infected in the USA alone. Here is three sites to help check whether you are infected with the virus and to remove it:

DNSChanger Eye Chart (no longer available)
If you click to the site, and the image on the page displays a red background, then it means your computer is affected. A green background would mean you are safe.

Step by step way to remove the DNS Services virus (use at your own risk!)

If you are using the Google search engine, Google automatically checks and notifies you that you have a DNS Server virus. Make sure that you take the warning seriously and take action. Removing the virus may be beyond the level of an average user, as it is what is known as a rootkit virus. Running an antivirus alone may not be sufficient and we suggest seeking professional help.